As much as we parents wish so badly, kids do not come into this world with good judgement, impeccable manners or even common sense. So as parents, it is our responsibility to teach our children right from wrong and to keep them safe. And to do that, we often have to nag them on what to do, how to behave and how to make good choices. Let’s face it – enforcing rules and setting limits ain’t the most joyous thing to do, even more so if the kids put up a fight. 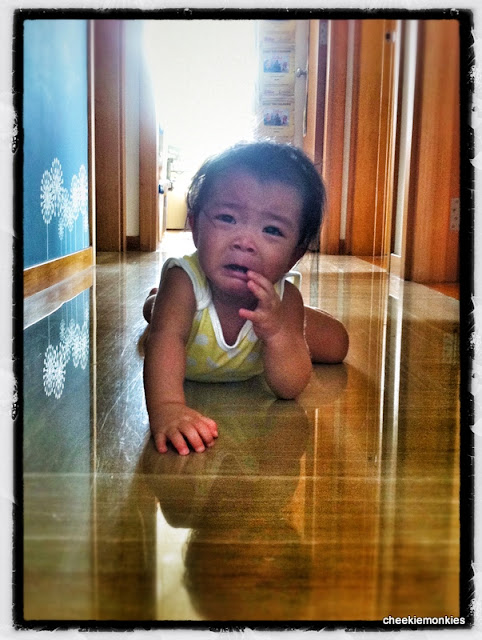 For me, I feel as if a large part of my day with them is spent on waging war – ‘Don’t touch’, ‘Stop running’, ‘Come here’, ‘Don’t snatch’, ‘Say please’, ‘Enough of TV/iPad/iPhone’ and the list goes on. Any one sounds particularly familiar?

But thanks to some enlightenment from the wifey, I have come to realise that some battles aren’t worth fighting in the first place. So one of the first things you got to learn as a parent is to pick your battles.

Like clothing, for instance. I used to be very particular about what the boys wore when we went out – whether if the tops and bottoms matched, whether the 2 boys’ clothes complemented each other, or whether their underwear matched mine.

I’m kidding about the last bit.

But ever since they have gotten to the I-am-dressing-myself! stage, they seem to have an opinion about all the clothes that either the wifey or I have chosen for them – too tight, too loose, label scratching their necks, weather too hot to wear jeans, etc. Oh man! And so, I have since learnt there really isn’t much worth fighting about. Whatever they put on was fine with me, at least on the normal days when we go out. As long as the clothes are clean, I don’t care.

The thing with picking your battles, though, is that the battles you pick to win, you have to win.

During the toddler years, the most important battles to take up are the ones to do with safety and security. Toddlers need to be told they are too little to cut things with a sharp knife, that electrical power cords and sockets are not a toy or that a particular high stool really isn’t safe for climbing.

For me though, one of my battles revolve around Milo peng (or Iced Milo) or a can of Chrysanthemum Tea. Everytime, EVERYTIME, whenever we are out for a meal, my boys ask if they can have Milo peng (for Ayd) or Chrysanthemum Tea (for Ash). Perhaps the day I am taken over by an alien life force, they can then drink all they want. But until then, they now understand that the sweet drink they crave is a privilege, not a given right.

Every parent has their trials and tribulations with their kids. But remember, before you battle it out, decide on what is important to you and your family and then choose to ignore the things that don’t really matter in the grander scheme of things.