Without you, what would I be? 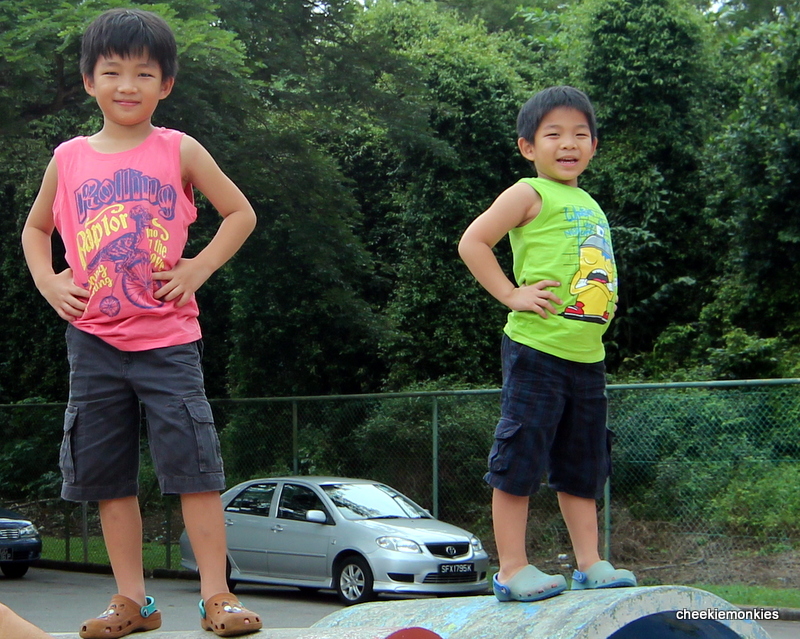 I put that down to the fact that Ayd knows no other life than that with Ash. As long as he has been in this world, his older brother has been beside him every inch of the way. For Ash, he had 19 months without Ayd and although I don’t know if he remembers any of it, I reckon he would have learned to be a little more independent during the time before Ayd was born.

Whenever Ayd needs help with something, he goes right to Ash. Every morning when I drop them off at school, Ayd relies on his older brother to bring him to his class for assembly. When Ayd gets stuck in constructing his LEGO sets, Ash will be the one he actively seeks for assistance.

I remember when Ash first entered Primary School last year, Ayd was in K2. For the first quarter of 2012 at least, Ayd was extremely susceptible to mood swings and emotional outbursts in school. When we had a talk with him, he admitted that he felt a little lost and helpless without his elder brother in Kindergarten.

Of course, Ash can’t be of a huge help all of the time. There are times when it can get pretty annoying when there is always someone screaming at you for help. But to Ash’s credit, he will more often than not step in and bail his brother out.

So what would Ayd be without his older brother? Well, he most certainly wouldn’t be nothing. But exactly how much different would he be without Ash living right by his side. I guess that is something we wouldn’t know for years to come… until the time when they are in their teens probably.

Though Ayd has the idea he will be living with Ash for the rest of his life. Just the other day Ayd mentioned that when they are all grown up, he’s going to move in with Ash. Upon hearing that, Ash gave a horrified look and remarked that if he did, he would have to pay for the house.

Seeing how I have to keep them from killing each other on some days, I guess it is a tad wiser – and safer – to just wait and see.