After nearly 8 years since becoming a Daddy, I would naturally expect a bad thing or two to happen to my monkies. You know, a bad fall here or a bloody gash there. It is just the law of averages. But all these while, I have never lost a child in a public place.

Then along came LEGOLAND Malaysia.

LEGOLAND Malaysia was where my perfect record was tarnished.

Now that I have the luxury of hindsight, I reckon if you are going to lose a child, a Theme Park is the place to do it. The place may be huge but it is contained with a designated exit point, unlike in a shopping mall.

And the culprit in question? Ayd. 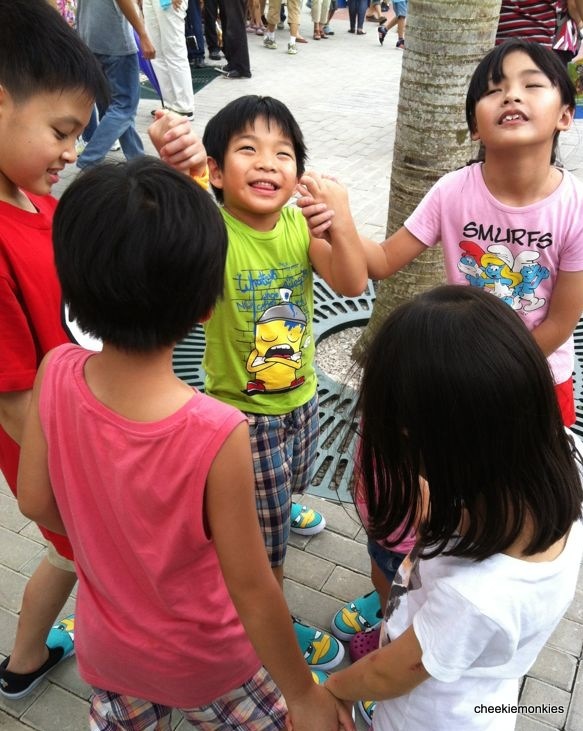 We were just done with our lunch at Pizza Mania in Imagination Zone, and I got all the kids to congregate for a group photo. With dark clouds lurking above us, the entire entourage quickly shuffled into the DUPLO sheltered Playtown following that. Well, all except one of course.

Less than 10 seconds after we entered the playground, I spun around and realised that Ayd didn’t tag along. My hear skipped a beat and I raced back out to look for him but he was nowhere to be seen.

Almost instantaneously, one of the adults rounded up the rest of the kids, while the rest of us fanned out to look for Ayd. We searched the Pizza restaurant, the nearby toilets and around the area where he was last seen.

Inevitably, panic started to seep in. I ran to the nearby Land of Adventure hoping to catch a glimpse of him. Still nothing. I re-traced my steps and scoured the entire Imagination zone again. Nothing yet again. And as I was whizzing past bewildered strangers, a flood of thoughts and questions rushed through my mind.

It’s all my fault! Why didn’t I hold his hand? What am I going to tell my parents, my in-laws? Is he okay? What kind of a parent am I? Did anyone kidnap him? Will I ever see him again?

I was on my way to search LEGO Kingdom when I chanced upon a LEGOLAND staff. She was extremely helpful and immediately brought me to the Baby Care room beside Pizza Mania Restaurant to lodge a report. I furnished them with my details, as well as Ayd’s description.

Just when the staff member was relaying the information via a walkie-talkie to her colleagues at the Entrance, my phone rang. 15 minutes later after we first realised Ayd was missing.

I fumbled to take it out from my pocket and answered it. It was a LEGOLAND Malaysia staff member from the Guest Services area at the Entrance. She asked if I was Kelvin Ang, to which I replied with a resounding yes. What followed was music to my ears.

Ayd was at the Guest Services room, with them!

I swore I would have taken off my tee and performed Gangnam Style in celebration if anyone had asked. Luckily nobody did. So I did the next best thing – zoomed down to Guest Services to reclaim my lost child.

I half-expected a tear-stained Ayd to be greeting me when I arrived. Instead, this monkie flashed a wry smile and went, ‘Hi Papa!’ I couldn’t resist hugging him and making it an extra squeezy one. As I held onto his tiny hand to make our way back to our group, I asked him to narrate his lost encounter.

It turned out that he was looking at some LEGO sculpture at the Imagination Zone and didn’t follow us into the DUPLO Playtown. When he turned around, he couldn’t find anyone familiar. He realised that he was lost, and somehow he had the calm mind to remember that there was a Guest Services counter near the Entrance.

So he immediately walked towards LEGO Kingdom, made a turn into LEGO Miniland and cut through it to make his way to The Beginning where the entrance was. Then he approached a staff member at the entrance and told him that he was lost. The kind uncle then brought him into Guest Services, where he gave my mobile number to them so that they can contact me.

AMAZING!!! I was dumbfounded when I heard how he had managed to find his way around. LEGOLAND Malaysia isn’t exactly the smallest theme park on this planet, and for him to navigate through the different zones and crowds… best of all, he knew how to take a short-cut!

I have to admit; I felt a tinge of pride when I heard his narration. I really never knew he had it in him. And the best part? He didn’t shed a single tear throughout the ordeal. I asked him what were his thoughts as he was walking towards the entrance. He replied, “I was feeling a little scared. Scared because I thought I would never get to go back to Singapore again. But I remember that I must look for help.”

Good on you, son! Now I know behind that nonchalantly blur look of yours, you were actually in full control of the situation.

On the other hand, the adults were attracting attention by running around like headless chickens and shouting ‘Ayden!’ So in a way, a bawling near-hysterical kid would have attracted the same amount of attention – those with either good or bad intentions. And Ayd probably averted any unwanted attention as he strolled through the park in the most normal way that one possibly can. If that isn’t the epitome of coolness, I don’t know what is.

At the end of the day, he was safe and sound. Losing a child in a public place is one of those things that will strike fear in any parent’s heart but you don’t really know the extent of the devastation and sense of loss until you have truly experienced it. And I can affirm it is a scary business indeed. So in my next post, I will share some of the lessons I have learnt from this episode, as well as a few safety rules to prevent losing a child when in foreign places.