This week, Nicole had “Show and Tell” in class. As she is already in K2, this topic is a non-event in the family. In fact, we did not even talk about it. This was in stark contrast to her first “Show and Tell” a few years back. She created quite a stir, when she made Mummy buy a gigantic Watermelon to Class (Read about it here).

Over the weekend, Po-po (Grandma) decided to reward Nicole with a special present from Toys ‘R’ Us. It seems she has been an exceptionally good girl and Po-po wanted to reward her. These treats do not happen very often, and Nicole was definitely delighted to go shopping! As usual, when she reached the toy store, she headed for all the Barbie Dolls and “girl-ly” toys such as Strawberry Shortcake.

When it was time to go, we asked her to decide on that ONE toy which she wanted. I was kind of shocked by her choice! My 6 year old daughter chose a TOY DOG! Toys like these are usually given to 3—4 year olds! 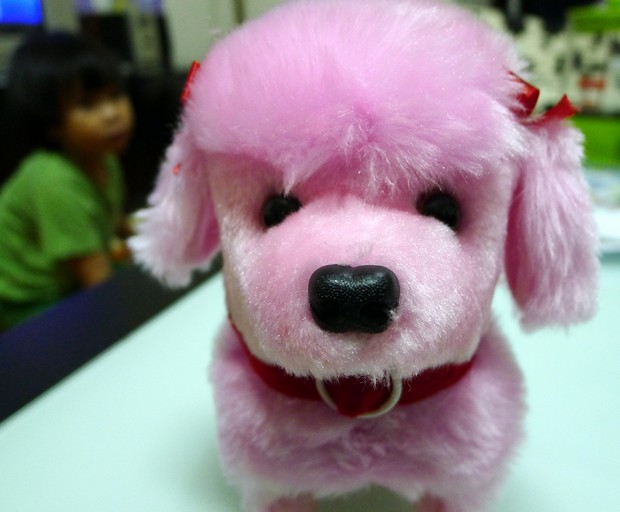 Her choice definitely surprised us! This was because my kids are generally quite fearful of animals, and therefore, it was definitely very unlikely for them to choose any animal. I was very puzzled with her choice.

Later on, as I was talking with the kids in the car…I finally realized the reason for her choice! Her friends in school were bringing their pets for Show and Tell, and as she did not have any pets, she decided to bring a Toy Dog to class! And guess what…the dog’s name is “Strawberry” as she is pink!

What did I learn from my daughter?

I think I really have to give Nicole credit for “thinking out of the box!” Even when she is afraid of animals, she can still manage to “wiggle” her way into “Show and Tell” normaility 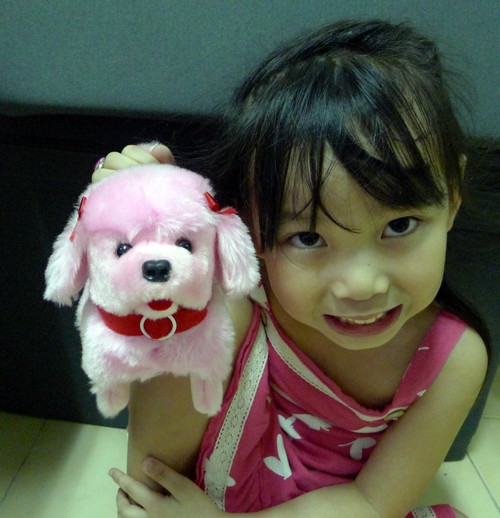 Hey Edmund, our kids surprise us by their innovativeness don’t they! She’s even named the toy dog Strawberry! 🙂