Are your kids Rude to you?

Nathan has really been growing up in the last few months, and he has grown more vocal.

With that, it also means that he has started arguing with Nicole and picked up some undesirable behaviour from school.

Recently, we had to give him a stern talking to, as he was telling people to “Go Away” when things do not go his way, and he has even started stamping his feet in protest. 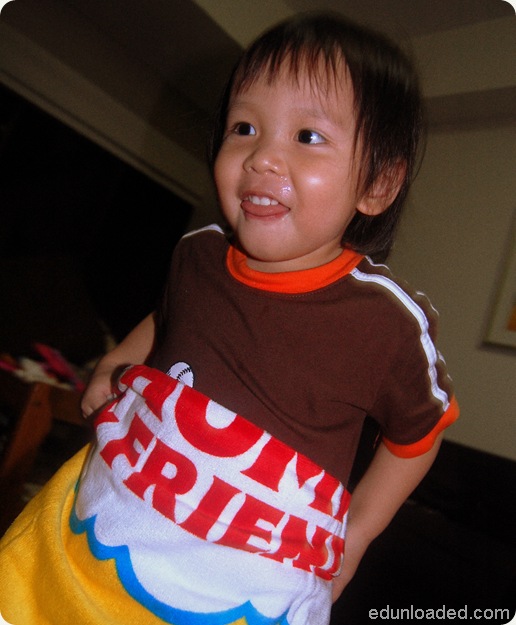 Just last week, Nathan was using this Phase on Nicole:

“I will tell Mummy!”

Nicole was frustrated and began to complain to mummy, and said that Nathan has been using this statement.

So the next time when they were arguing, and Nathan used the statement, “I will tell Mummy!”…

Mummy came along and ask Nathan:

“Ok, Nathan. So what do you want to tell Mummy?”

Nathan gave mummy the blank look, and gave the frustrated look and said,

Looks like he has more to add to his Vocabulary! Haha!

But on a more serious note, we are glad that we talked to Nathan about it.

I think that childen at this age need to be told from right to wrong.

Parenting is a process, and having them as our “Best Friend” should be a stage that we experinece, when our kids hit their late teens.

As for now –  they are empty pages that we need to nurtue lovingly in the right direction! 🙂

Tags : kids are out of control, parenting woes, rude children

Ed, you are right. Sometimes (well, most of the time) children emulate or repeat what we say too! It’s the mirror effect. So we really must watch our tongues too 🙂