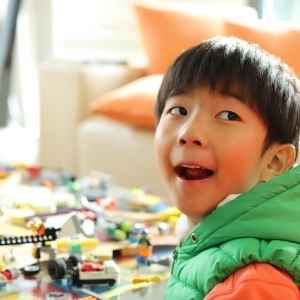 Do your kids’ toys spark joy?

How to declutter your children’s ever-growing pile of toys via the KonMari method.

If you haven’t heard of Marie Kondo, you’ve probably been living under a rock. The famed Japanese tidying expert recently starred in her own hit Netflix television series, Tidying Up with Marie Kondo, which has garnered both fans and detractors alike – and her philosophy of only keeping things that “spark joy” is fast becoming a catchphrase all around the world.

But love her or hate her, there’s no denying that her KonMari method is effective when it comes to decluttering your home. And many parents are realising that it can be applied to their kids’ toys as well.

I Love Children interviewed some parents on their experience in organising their children’s existing toys, as well as encouraging conscious consumption when it comes to buying new ones.

Keep only the toys that spark joy 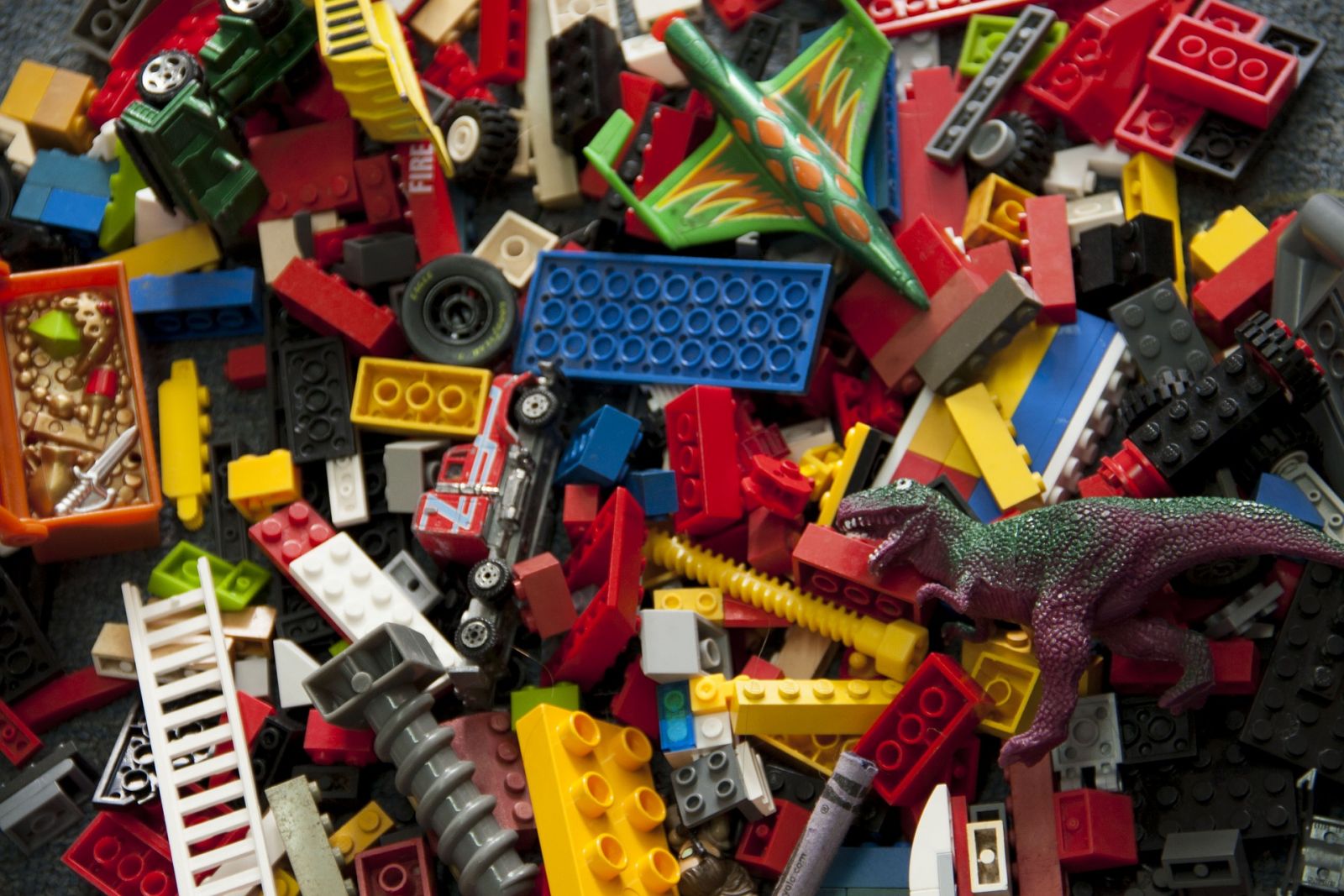 According to Marie Kondo’s website, the KonMari method “is a state of mind that encourages cherishing the things that spark joy in one’s life. Belongings are acknowledged for their service – and thanked before being let go, should they no longer spark joy.” Go through your child’s toys one by one, and consider whether or not each item truly inspires happiness. If it doesn’t, place it in a bag to be donated or recycled.

“In the past, my kids used to have five big boxes of toys which included large items such as a trampoline,” reveals Jia Min. “After applying the KonMari method, we’re left with just four small boxes.”

“If our kids don’t play with a certain toy for more than six months, we’ll consider giving it away. We also do the same with duplicate toys,” shares Ann. Of course, if a toy is spoilt beyond reasonable repair, it’s probably best to discard it. “This will prevent your kids from hoarding toys unnecessarily,” says Stella.

Get your kids involved… or not
Some parents let their children determine which toys to keep, while others prefer to do so themselves. “I allow my kids to decide if they still need or love the toy, and also get them to sort and pack the toys with me,” says Jia Min. “We declutter on weekend mornings, when they’re fresh and energetic.”

Stella, on the other hand, feels otherwise. “If the kids are around, they wouldn’t allow any of their toys to be thrown away,” she shares. “After I pack their toys, they’re usually pleased to see the neat shelves – they don’t realise which toys have been discarded.” 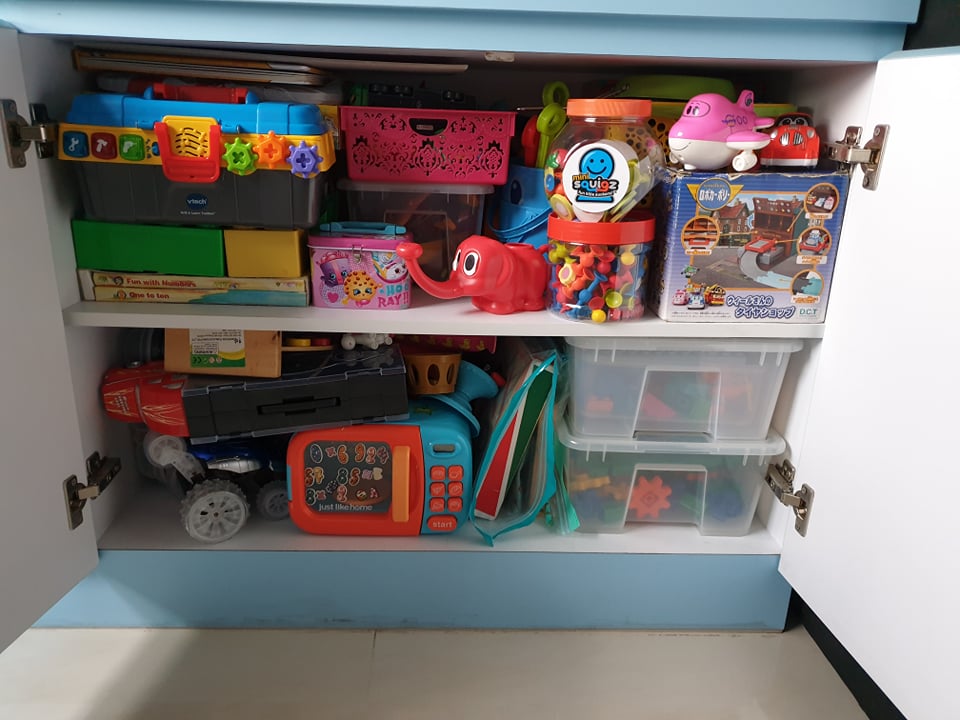 Ultimately, it boils down to their temperament. If you think that your kids are mature enough to participate in the decluttering process, it might be a good idea to get them involved, as you’ll be teaching them good habits.

Organise the remaining toys accordingly
Sort the toys according to categories – for example, stuffed animals, cars, building blocks – and place them into separate boxes, containers or pouches. Stack them nicely within each box, instead of throwing everything in higgledy-piggledy; this will help you to maximise space. 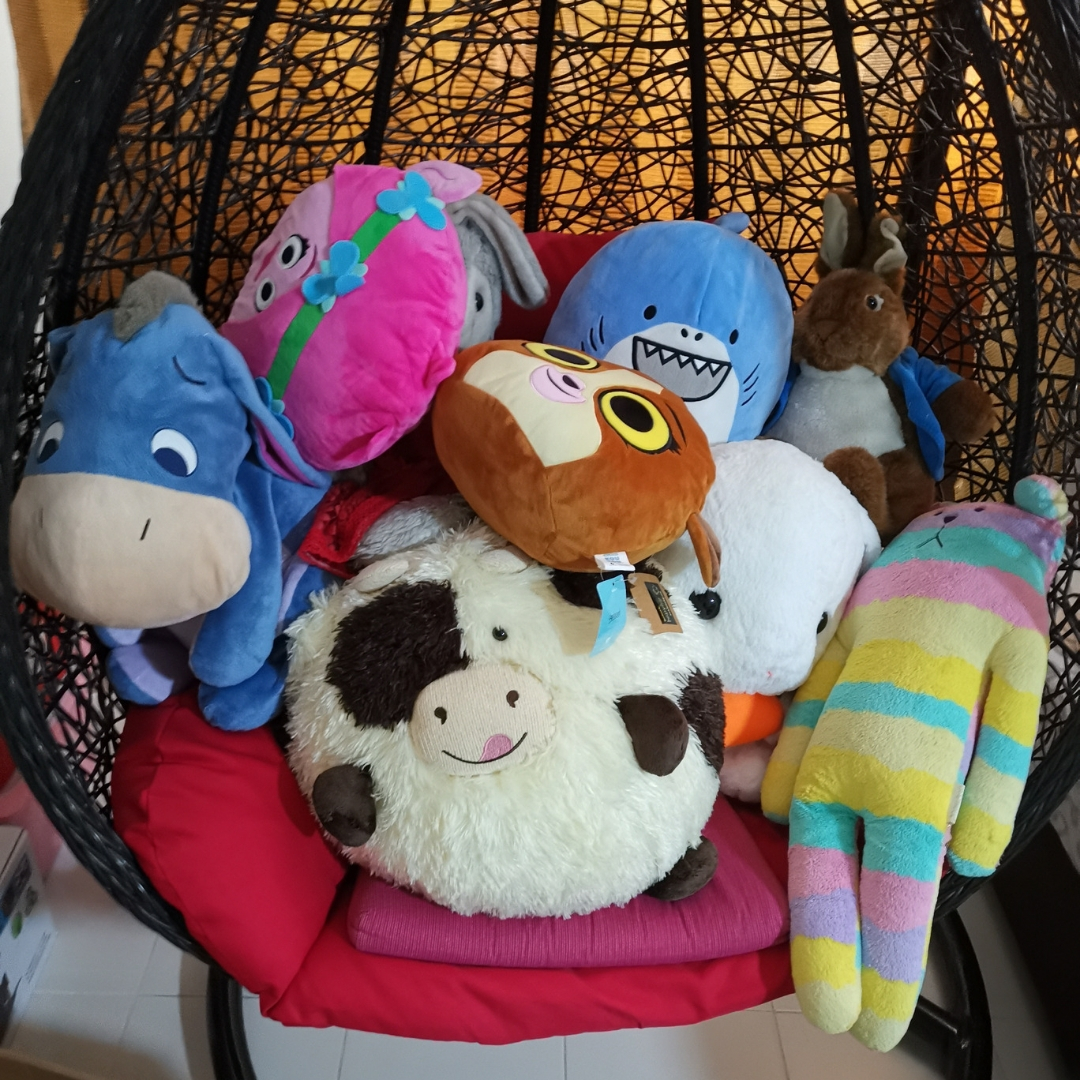 Encourage sharing between siblings
This can help cut down the total number of toys in your household. “If my daughter owns toys that are suitable for her baby brother, I would encourage her to pass them on to him,” says Jeannette. “I would thank her on his behalf, while emphasising how much he is enjoying the toy that she has given him.”

Increase the product life cycle of toys
“Instead of buying new toys, you can consider exchanging toys with other kids, or even buying second-hand ones online,” suggests Ann. Jeanette has another useful tip: “Although toys usually come with recommended age ranges, there’s usually no upper age limit. For example, a three-year-old can still play with a toy intended for a six-month-old,” she says. “Let the child have free reign on how to incorporate the toy into his or her play, even if it’s not used in the way it’s marketed for. This way, you’ll buy fewer toys.”

Get friends and relatives on board
How often do your doting friends and relatives shower your little ones with toys? It’s hard to say no to these acts of goodwill, but most of the time, the gifts that children receive are not being used for many reasons, they either have a duplicate gift, the child is not interested or there is no room to use the gift. Here is what parents have to say about gifting their children.

Ann and Jia Min would prefer their children receive storybooks because most of the time, the children either have no liking to the toy received, or even if they do, they won’t play with them for long.

“Cash gift is always preferred, this way, Ariel can decide what she wants and we can help her make the decision if she really needs the item. It is also a good time to teach her the value of money. Sometimes, Ariel will go the extra mile by donating a small amount of her money to elderly buskers or even offer to treat her grandparents to a drink or a meal.” shares Lewis.

Manage your child’s expectations
It’s important to instil good habits in your children from a young age. “We teach our kids that there’s no need to buy everything they want – and that a trip to the store doesn’t always equate to a new toy. When we’re at places like Kiddy Palace or Toys R Us, we let them finish playing with the toy in their hands before leaving the store, so as to avoid tantrums,” explains Stella. “Ultimately, you need to learn to manage your children, not the other way around.”

Have something to ask?

Come talk to us!

While every effort has been taken to ensure reliable, accurate and up-to-date information, I Love Children and the administrators of this site will not be liable for any loss, damage, injury or cost incurred as a result of any error, omission or accuracy in this publication.